How to savour that Italian flavour

The thing about Italy is that it moves us in disparate and mysterious ways. It’s a country much like India.

By Anoothi Vishal, ET Bureau | Updated: Mar 19, 2017, 03.10 PM IST
Italy always makes me cry. The first time I walked across the Tevere, languidly strolling across Ponte Fabricio, Rome’s oldest bridge said to be a place of beginnings and endings, I shed copious tears moved by a sense of magic and the sheer romance of the city. I wept again when I saw a valley fill up with mist in Spoleto, an impossibly charming medieval village known for its olive groves. Venice’s sinking, mournful air and its fading gorgeousness tugged at my heartstrings.

Then, in Florence, the Italian city where I feel most at home, I had a meltdown — not because the Uffizi, with its stunning collection of Renaissance art or the Accademia Gallery with David moved my spirit. A glass of spirit did!

Also Read: Indian traveller&rsquo;s bag and baggage: The evolution of the quirky tourist

At a bar in front of the church of Santo Spirito (built by Brunelleschi, also the architect of Firenze’s famous dome) across the Arno in the city’s less touristy part, I sipped on the Negroni for the first time in my life — one part gin, one part vermouth, one part Campari, all in all a seriously spirited drink. The cocktail was concocted here, the story goes, and as I sipped it, listening to an openair concert in the piazza, it did strange things to my head. 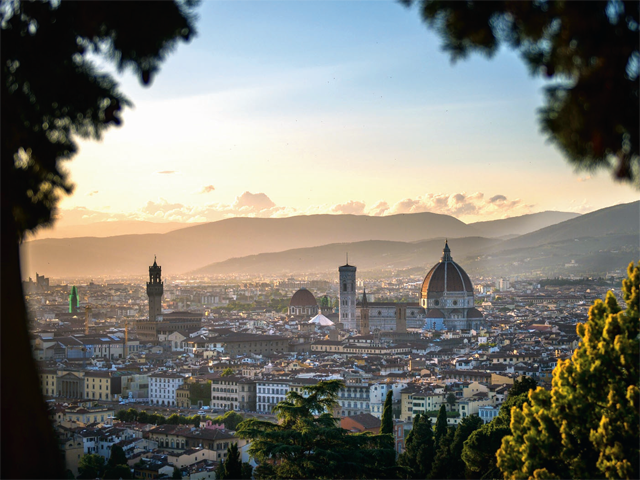 The thing about Italy is that it moves us in disparate and mysterious ways. It’s a country much like India — where the past and the present coexist, where there is beauty and chaos, changing landscapes and temperamental mammas, and where tomato and garlic make for a happy marriage. Ask an Indian where she would like to travel first and the answer, more often than not, is Italy.

Also Read: Ease of doing travel: Success of e-visa proves there are many opportunities to boost the business

Italy is different things to different people. A few connect with its high art and couture, some with its beauty, and yet others with its lofty spirit and spirits — Amarone, Spritz or Negroni, take your pick. If travelling means immersing yourself in the spirit of a culture, all these are aspects of a Dolce Vita that have taken us over at some point or the other. For me, it has always been about food — and the memories of sharing it with different people. 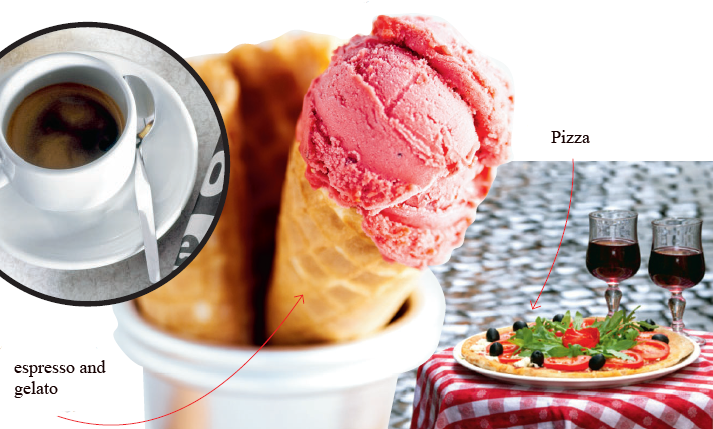 In industrial Turin, one Diwali, missing Delhi and bored at a conference, I found myself whisked away to a party at a stranger’s home. That entire evening was spent in a large, open kitchen, sipping a red from Piedmont, eating fresh mozzarella someone had got straight from Sicily, making farinatas, the Genoese version of besan ka chila, and attempting to make hasty aloo paranthas because potatoes are available always and everywhere in northern Italy. (It’s not for nothing that the best chips come from Italy, not from America — try some of their local brands and you will be blown away.) Thi s is my most abiding memory of that country — the joy and camaraderie food brings about here, always.

For instance, having an espresso or gelato are essentially social activities. You have them standing up or walking about. Downing shots of espresso with its thick crema (or brownish foam, the mark of a good coffee) at the local coffee bar is a morning ritual that tourists don’t often fully understand. News is exchanged, there is friendly banter and the café that serves you the best bitter coffee is a matter of pride and ownership, much the same way your favourite football club is. You drink the espresso standing up. When tourists sit down for it, they get charged extra. 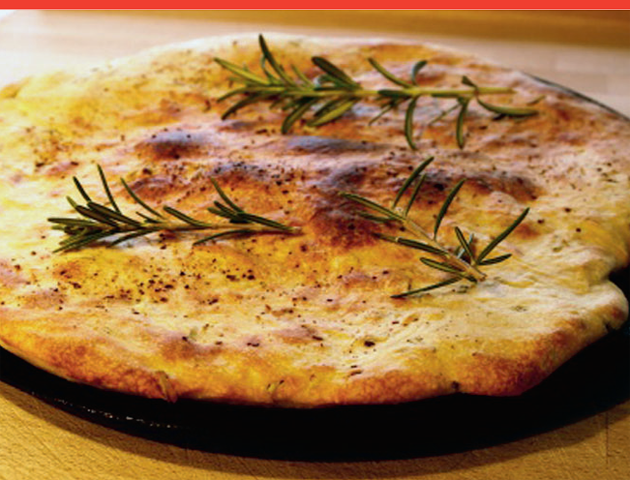 Similarly, eating a gelato goes far beyond eating a mere ice cream. An Italian friend was shocked when I wanted to sit down to have it. A gelato, she said, must always be eaten while walking — at least two scoops of different flavours, always topped with panna, fresh cream! This walking together, eating together is about female friendships or romantic bonds being formed. It’s a social ritual.

It’s Not Just the Pizza
Anyone with foodie pretensions will be aware of the reputation of Italian ingredients and the simply cooked but phenomenal dishes these conjure: truffles from Alba, the Florentine bistecca (steak), prosciutto from Parma (the dry cured ham that we simply call Parma ham), lemons from Sorrento (as also the limoncello), unfiltered extra virgin olive oil (EVOO) from Puglia, citrus from Sicily and so on. Yet, if there is one dish that is almost exclusively associated with Italian food, it is the pizza — which is surprising because it is quite a young dish in a very old food culture. Food lore often ascribes the origin of the pizza to Naples — where the gelato is also supposed to have originated. The marinara (topped with tomato, oregano, garlic and EVOO) was ostensibly made by seamen’s wives for their husbands returning home. The margherita (tomato sauce, mozzarella and fresh basil evoking the colours of the Italian flag), the only other ¡§true¡¨ pizza, the story goes, came around in the late 19th century to celebrate the visit of Queen Margherita.

Also Read: Planning a vacation? Here is the list of 7 must-visit places of 2017

The pizza became Italy¡¦s most famous export after its enthusiastic adoption by the American forces posted in this part of the world during World War II. However, the pizza is just a modified focaccia. Much before the bread got topped with tomato (which came to Europe from the Americas), revolutionising the world of fast food, Italians were breaking many distinctive breads in different regions.

Italy's regional diversity is perhaps best reflected in the breads you find across the country.

There are almost 250 types of breads in Italy, from Tuscany's oil-androsemary wonder schiacciata to Romagnas piadina and tarale, the pretzels, I learnt to bake in Puglia one season. Focaccia, the most common Italian bread we know, is Genovese, a region fragrant with basil and olive oil (the pesto sauce comes from the same region). However if you have been a tourist roaming in Rome, you cannot not have bitten into a different version of this bread. They call it the pizza bianca ¡X white, without tomato, with salt sprinkled on top. The Roman bread has almost no oil in the dough.

Roman food is distinct from "Italian" food (like "Indian" food, it is made up of distinct regional cuisines). As a tourist, you can trawl the bars at Campo de Fiori in the Eternal City for fritti of zucchini blossoms or the Jewish-style fried artichokes; you can eat at the many osterias and hole-in-the-wall places in the hipster paradise of Trastevere, but to get true Roman food is not an easy matter in a city full of tourist traps. The one dish from Rome that is a test of a good chef is the cacio e pepe, simply cheese and pepperthe sauce coating the spaghetti. It¡¦s a deceptively simple dish. Mastering the sauce, which has to be both smooth and sharp, takes some expertise, a good palate and the right ingredients which many touristy establishments even in Rome tend to overlook. 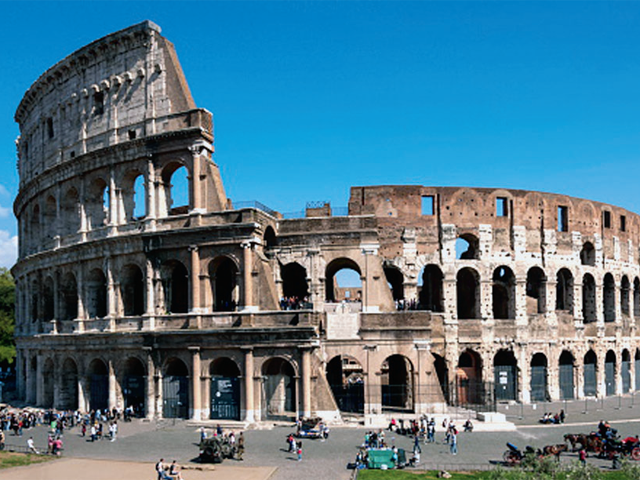 When a ristorante serves you overpriced spaghetti cacio e pepe and all you can taste is parmesan, know that you have walked into a touristy space that no self-respecting Roman will ever recommend. A true cacio e pepe is about balance. Usually, that means combining the sharp Roman cheese, the pecorino, made from sheep's milk, with some amount of Grano Padano for a creamy texture. The pasta needs to be al dente, with freshly cracked black pepper on top.

Say Cheese
For a city that attracts tourists from all over the world, it is incredible how Rome manages to live up to expectations every time. No matter how many times you have been here, it remains eternally stunning. There is something about the ruins of a capital that ruled the western world for much of ancient history that cannot fail to capture your imagination.

In fact, all the big Italian cities do that is leave an impact with their magnificence even on a jaded traveller.

However, the romance of Italy as well as much of its gastronomy lies in the smaller towns. When it comes to Italian regional foods, local ingredients speak for themselves, and a competent chef never tries to outshine them. That is why it is so difficult to do good Italian food anywhere else in the world is you don't have the same fresh ingredients and the chefs are always too ambitious.

Parma in the region of Emilia-Romagna is gaining some ascendancy as a destination for gastronomic tourism. A hub of meat processing and dairy making, with a beautiful countryside, it is natural that some high-wattage dining is found here. However, there are other relatively quieter towns that are worth checking out if you are a serious dabbler in food art. 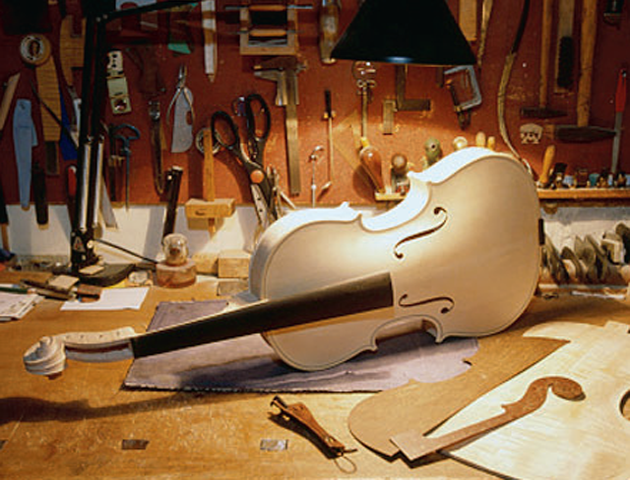 Cremona in Lombardy is a provincial town known for the Stradivari violin. You can still find old luthier shops, where musical instruments are hand-crafted. But it is the violin that is the symbol of this nondescript town. Peep through shop windows and you will find everything from violin shaped chocolates to violin nougats. There's another facet to Cremona that begs to be discovered. It is the centre of Italy's formidable dairy industry. A large Indian-origin population is employed in this industry producing some of the best cheeses we know.

Also Read: On the tail of the poll campaign; Cuisine hopping uninhibited

Immigrants from Punjab have made Cremona their home in the past two-three decades. When I visited an old cheese factory in the town some years ago, it was an eye-opener to find burly, tattooed young men speaking flawless Italian or Punjabi (but very little English), stretching the soft smoked provolone cheese. The immigrants, many of them now second-generation Italians of Indian origin, have been in high demand in the dairies since Italian youth have stopped working in these traditional areas. One of Europe¡¦s largest gurdwaras is in this region ago. In a world increasingly fraught with cultural collisions, it¡¦s a heart-warming story to stumble on. That really is the beauty of Italy - finding the unexpected.
Download
The Economic Times Business News App for the Latest News in Business, Sensex, Stock Market Updates & More.