JR covered the Louvre's glass pyramid with a vast black-and-white photograph of the facade of the palace behind it.

The one-time graffiti artist covered the Louvre's glass pyramid with a vast black-and-white photograph of the facade of the palace behind it.

Visitors to the Paris icon are tricked into believing the 21-metre (70-foot) high pyramid is no longer there, particularly if they stare at the image from a certain angle.

The 33-year-old artist, known for his large-scale anamorphic images, said he was inspired to create the optical illusion because of his fascination with magic. 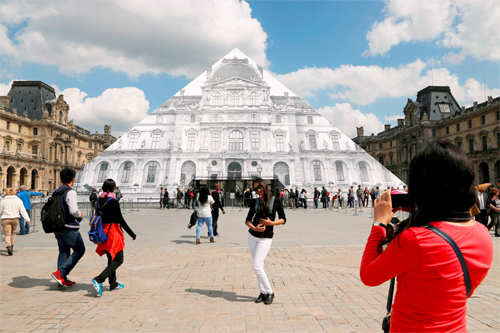 
"I love it when an image crosses into our field of vision, especially one of a place that's been photographed a million times," JR told reporters.

"I hope there's an image that will stay in our collective subconscious -- one in which the pyramid no longer exists."

Chinese-American architect I.M. Pei designed the Louvre pyramid, which leads to a subterranean entrance into the museum. 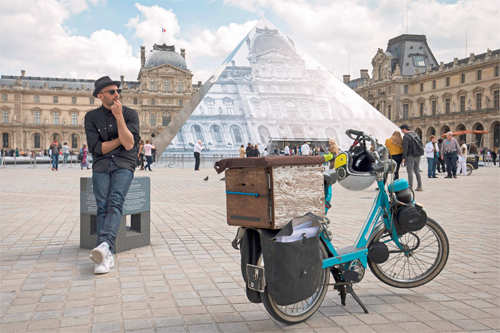 
Famous for his large-scale photographic images, JR started as a teenage graffiti artist before turning to photography.

His portraits and images have been featured all over the world from favelas in Rio de Janeiro to Shanghai, from New York to Nepal.

The exhibition "Contemporary art - JR at the Louvre" runs until June 27.