A R Rahman to join team 'Sangamithra' at the French Riveira

Rahman will be seen walking the red carpet of the Opening Night at Cannes with the lead cast, director and producers.

By ET Online | May 13, 2017, 03.47 PM IST
' Sangamithra', the Hindi-Tamil-Telugu trilingual magnum opus, touted to be one of India's costliest and most ambitious projects, starring Shruti Haasan in the title role, Jayam Ravi and Arya as chief male protagonists, directed by Sundar C and produced by Thenandal Studios, has already become the talk of the town given the grand treatment that it is expected to receive at the Opening Night of the 70th Cannes Film Festival with the entire cast walking the red carpet on May 18.

Joining the Sangamithra cast at Cannes is none other than Oscar and Grammy winning music director, The Music Maestro - A R Rahman, the man behind the souldful music of the film. The 'Sanghamitra' celebration at Cannes will see a whole new dimension, what with A R Rahman joining in the red carpet festivities. 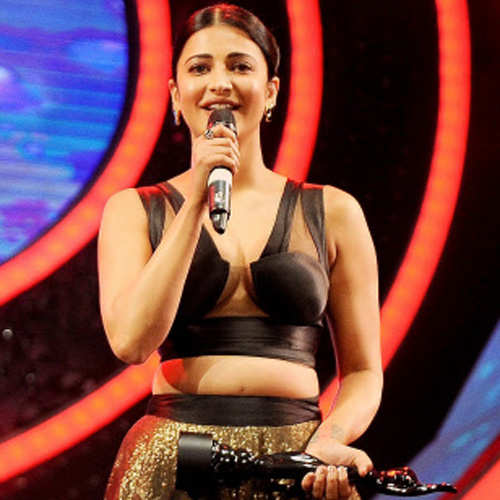 Producer Narayanan Ramasamy, Chairman and MD, Thenandal Studios says, "This is an ambitious epic period film under the Thenandal Studios banner and we are so proud to have on board India's pride - A R Rahman on this film. This is a very prestigious project for us. The Cannes unveil with Rahman Sir, Sabu Sir, Sundar Sir and the entire lead cast is just the beginning of the many milestones that 'Sangamithra' is going to achieve with time - for Tamil and Indian cinema."

ADVERTISEMENT
Sabu Cyril, Tirru, Peter Hein, Anju Modi & RC Kamalakannan have been roped in to look after the production design, cinematography, stunts, costume & VFX respectively of this prestigious project. The team is expected to return from Cannes and resume the pre-production prep for the film which is expected to go on floors in August 2017.
Download
The Economic Times Business News App for the Latest News in Business, Sensex, Stock Market Updates & More.